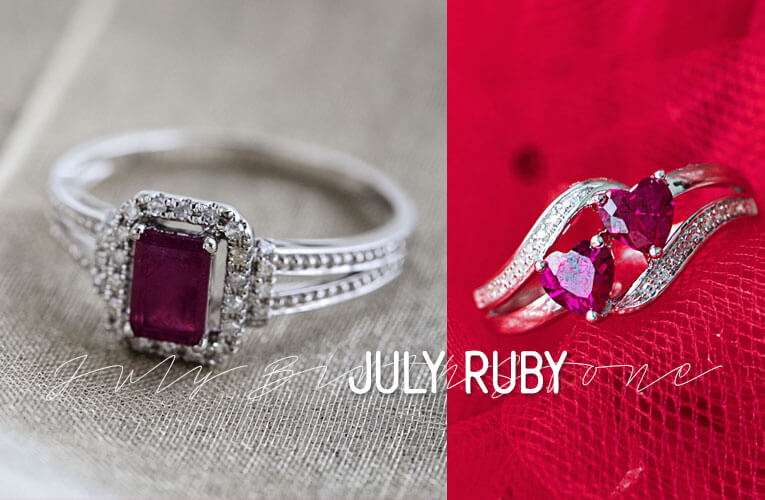 The ruby is one of the most well known and beloved gemstones of all time! So to celebrate all of the July birthdays we want to share five fun gems of information about this beautiful stone.

1. The word Ruby comes from the Latin word, “rubens” which means red. The red color comes from traces of Chromium in the gemstone. Chromium is a substance that is also used for tattoos, and glass making.

2. Ruby is the birthstone for July as well as the traditional anniversary gift for those celebrating 15 or 40 years of marriage. Rubies are part of Corundum mineral family just like sapphires. In fact, a ruby is technically the same mineral as a sapphire, just in a different color. The ruby is in the red variety while sapphire includes every other color.

3. Rubies are considered one of the four precious gemstones, along with diamonds, sapphires, and emeralds. Rubies are ranked at a level 9 on the Moh’s hardness scale, making them extremely hard, just behind diamonds.

4. The world’s largest ruby is 40,920 carats, which is roughly the size of a large grapefruit, and is owned by a Chinese jewelry company.

5. Rubies are believed to carry many different traits. According to ancient folklore they represent passion, protection, power, happiness and healing powers.